I’ve been keeping a nature diary now for several years, and recently, I’ve also started recording seasonal events on the Woodland Trusts ‘nature calendar’ which helps to show the impact of climate change on our wildlife.


Interestingly, the first individual records that have been found in the date back to 1684. Robert Marsham was 's first phenologist - he recorded his 'Indications of Spring' for an impressive 62 years, beginning in 1736 and continuing until his death in 1798.

One of the events I’ve been recording on a regular basis over the years is my first sighting of ladybirds. I first noticed back in 2008 that some were hibernating in a small conifer in our front garden. On the first, warm, sunny days of the year I would see them sunning themselves, at first in small groups, and eventually over the years in much larger numbers.

I first noted in my diary in March 2009 that I’d seen a new type of ladybird ‘sunbathing’ with them- I hoped at the time that it wasn’t the harlequin ladybird which had reached the from in 2004. The harlequin has the potential to jeopardise the 46 species of our own native ladybirds.

On the 4 March 2011 I counted an amazing 100 ladybirds on the conifer warming themselves in the spring sunshine. Finally, on the 23 February this year, with the weather an un-seasonally balmy 18 degrees, I definitely (and sadly) spotted a harlequin ‘invader’ amongst them.

Apparently, seven out of eight of our native ladybird species have declined over the last five years following the arrival of these ‘invaders’ - the problem is they out-compete with other ladybirds for prey and habitat, and even eat their native cousins.


The UK-Ladybird Survey (which aims to facilitate the recording of all the ’s ladybirds) is currently monitoring their spread across and assessing its impact - so it's really important to record any sightings you have on their website.

I can’t help but think of the old nursery rhyme when I think of them: ‘Ladybird, ladybird fly away home’. Realistically I know it’s too late for that, lets just hope that through monitoring the situation something can eventually be done to help further the decline. 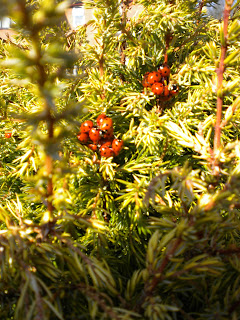 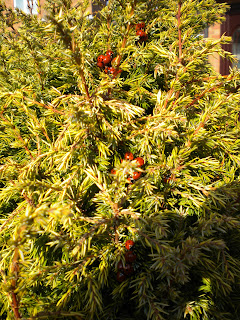 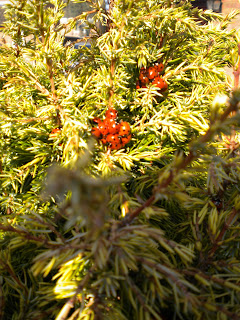