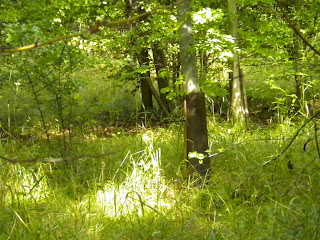 According to the based charity, The Woodland Trust, ancient woodland is defined as ‘land that has been continually wooded since at least 1600AD. From 1600AD, planting of woodland became more common, so woodland that pre-dates this is more likely to have grown up naturally. Some ancient woods may even link back to the original wildwood that covered the around 10,000 years ago, after the last Ice Age.’

Because these ancient woodlands have existed undisturbed for over 400 years they also have a unique range of plants and animals which make them our richest wildlife sites and home for more wildlife than any other landscape. And as if that wasn’t enough, they are also one of our most beautiful landscapes, carpeted with bluebells, wood anemones and celandines in the spring.

Sadly, at the moment, these unique and irreplaceable ecosystems have little protection. Current planning guidance claims to recognise the value of ancient woodland and biodiversity but leaves woods open to development with a caveat which allows trees to be lost if ‘the needs of the developer outweigh the loss of the woodland habitat.’

The Woodland Trust has fought more than 850 cases where ancient woodlands have been threatened; often by developers planning roads, houses and golf courses. Developers cite they are a small acreage at stake and offer to plant trees in another location as compensation without realising that these woodlands cannot be replaced.

At the moment the most debated about fight involving ancient woodland in the is High Speed 2 (HS2), with its proposed train route from to ; if it goes ahead it will destroy twenty one ancient woodlands and have a dramatic impact on local wildlife. I’ve added my own voice to the protest (see below) in the form of a poem I wrote which has recently been published in the local paper:

They told us to look after our ancient woodland;
Four hundred years old, it cannot be replaced.

With its un-ploughed micro habitat
And complex ecosystem-

Its loss would displace species;
Species with nowhere else to go.

They told us to look after our ancient woodland;
To join up the wild spaces, create a wildlife corridor.

Then one day the bulldozers arrived,
Men in hard hats with mobile portaloos.

They didn’t notice how beautiful the oak, the beech, the ash looked
In the early morning sunshine.

They didn’t hear the cuckoo calling or the busy tapping of the
Lesser spotted woodpecker.

They cleaved the bluebells and replaced them with concrete and gravel.

They told us to look after our ancient woodland;
It was 400 years old, and now it cannot be replaced.

For more information and to get involved visit The Trust website: www.woodlandtrust.org.uk