On a recent holiday to we drove through the beautiful Serra de Tramuntana mountain range, which is now a protected UNESCO natural heritage site. The mountains run from the south west to the north east coast of the island and the landscape is a mixture of olive and almond trees, native Mediterranean holm-oak (good for making wine casks) and pine forests.  The coastline along it is typically rugged, with steep cliffs and small coves framing crystal clear turquoise waters.

Although we didn’t see any on our trip, (we were more interested in negotiating the hairpin bends at the time!) the mountains are home to the Black Vulture, one of the world’s largest flying birds. They soar majestically across the thermal up currents for hours on end with barely a beat of their impressive broad, square wings. Twenty years ago only a handful of pairs were known to exist on the i but now thanks to the efforts of the Black Vulture Conservation Foundation the population has reached over one hundred individuals in total.
Not quite so impressive, but nevertheless I think still worth mentioning, are the goats, rabbits and sheep that graze on the mountain side, and the pine marten and weasels which scurry about their business amongst the pine forests.
After a lot of twisting and turning, we eventually ended up in the sleepy , hidden away in a peaceful valley. With its neatly terraced mountainside, traditional architecture and narrow cobbled streets festooned with festival bunting it was well worth the journey.
The musician, Frederick Chopin, and his lover the French novelist George Sands famously stayed in the village in the winter of 1838; they took up residency in one of the cells of the old Carthusian monastery. In her book, ‘A Winter in ’, Sands writes about the beauty of the landscape and the natural surroundings:
“It lies in the lap of the mountains, the houses perch, like a cluster of sea-swallows nests in an almost inaccessible spot. It is one of those views which completely overwhelm one, for it leaves nothing to be desired and nothing to the imagination. All that a poet or painter might dream of, nature has created here".
Later in the day, as we headed north towards the port and old town of Soller and a tram ride through the orange and lemon groves, we promised ourselves that one day we would return to this poetic paradise. 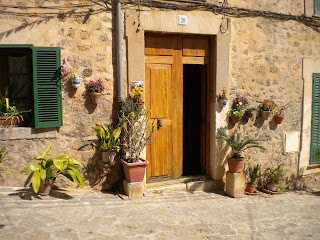 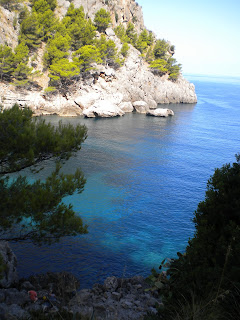 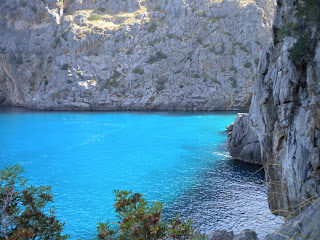 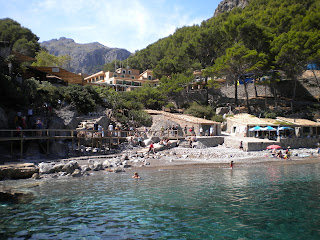 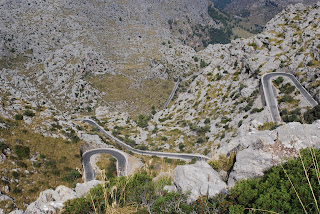 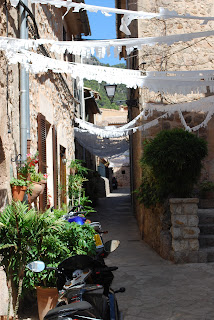 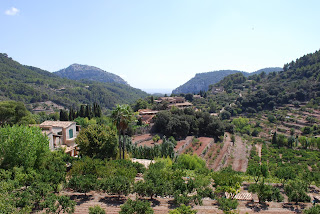 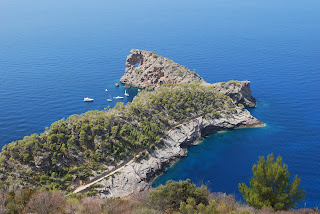