We recently visited the beautiful county of Norfolk, on the North West corner of East Anglia.  We stayed near the Wash, which is one of the largest estuaries in the UK and includes mud flats, lagoons and salt marshes.


The area is a wonderful wildlife haven for nature lovers – it’s recognised as being an important area for a variety of bird species, including pink-footed geese, shelduck, oystercatcher, lapwing, curlew, sanderling, dunlin and turnstone; and it has the largest colony of common seals in the UK – 7% of the UK population.


It’s also the location of the Royal Society for the Protection of Birds (RSPB) Snettisham Reserve, which is famous for two spectacular bird displays: the flight of thousands of waders during the highest of tides and the dawn flight of pink-footed geese leaving their winter roosts.


The beaches are spectacular, especially Brancaster with its miles of golden sands and the long sweeping beach at the historic and beautiful Wells-next-the-Sea with its sand dunes, pine woodland and coloured beach huts. While we were walking on the beach their we were lucky enough to see a small group of seals with their pups on the shoreline – a truly magical moment.


On the eastern side of the Wash there are low chalk cliffs and the famous stratum of red chalk at the delightful town of Hunstanton. The town is mentioned in the Domesday Book and its motto is ‘it is our pleasure to please others.’ It is the only east coast resort that faces west across the Wash and has spectacular sunsets – which is probably why the locals call it Sunny Hunny.


On the beach at Hunstanton we explored the rock pools for crabs, collected shells and watched the wading birds on the shoreline. I was particularly pleased to see curlews and oystercatchers for the first time. There is even a shipwreck (part of the metal hull survives) on the beach, a trawler called the Sheraton, which was used as a patrol vessel in World War 2 and wrecked in 1947.


Finally, King John of England is said to have lost his crown jewels at the Wash in 1216. Apparently, the horse-drawn wagons moved too slowly on the incoming tide and some were lost. Stories vary as to whether they were really lost – but it’s an interesting historical tale all the same! 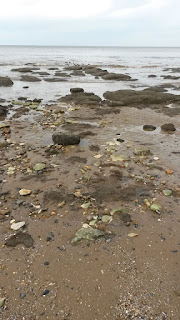 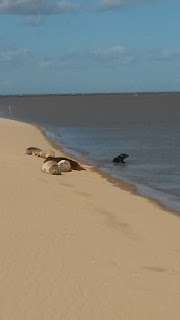 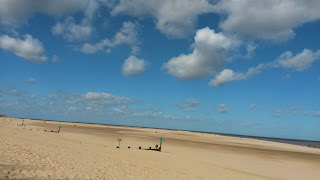 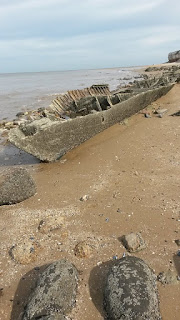 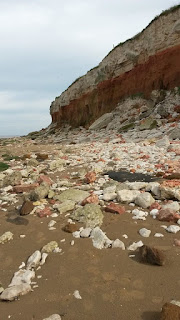 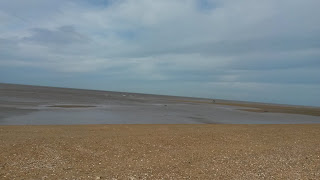 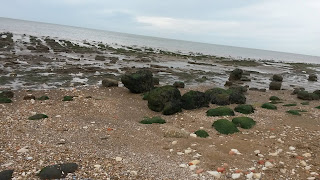 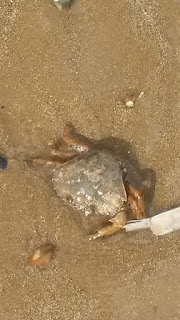 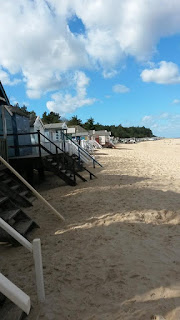 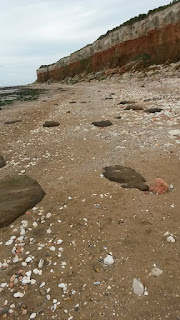 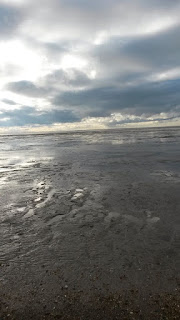