This summer we returned to the beautiful for our annual holiday. We stayed at a traditional 17th century farmhouse in a rural location on the central plains. The converted farmhouse, which is run as an excellent bed & breakfast by the British owners, has lovely views over the local countryside and their 300 olive trees which are harvested annually by the two of them.


On the very first morning of our stay we woke up to the haunting sound of Red Kites singing in the surrounding countryside. During the long hot days and warm evenings that followed we continued to hear them but never managed to catch sight of any.


Eventually, we worked out that they were nesting in a small wood located just outside the grounds of the farmhouse. Each evening we took a stroll towards the wood hoping to see them - but the only ‘wildlife’ we encountered were the local rabbits scurrying about amongst the olive trees and dashing for cover when they saw us.


By the last day of the holiday we’d completely given up hope of seeing any – and then of course it happened!  At the time we were lounging around by the swimming pool when I glanced up at the clear blue sky - and there they were – two of them circling over our heads with their forked tails tilting as they steered themselves gracefully through the air.


Sitting on the terrace in the evenings we were often joined by a pair of Spotted Flycatchers perched sharp eyed and alert on the branch of a nearby tree. They are not the most exciting birds to look at with their grey-brown plumage, spotted crown and cream spots on their backs - but what they lack in the looks department they make up for in their aerial hunting displays.  With a burst of their rapid wing beats they would fly off their perch – gracefully twisting and turning in mid air to catch the plentiful supply of insects. This would continue until dusk when they would fly off across the olive fields and disappear into the night sky.


But by far the biggest surprise of the holiday was seeing the exotic and beautiful Hoopoe. I’ve never seen a Hoopoe before, but remember watching an episode of the BBC’s Springwatch this year where they showed one that had landed in the by mistake during migration.


At first I couldn’t identify them – all I could see were birds the size of a Mistle Thrush with a pinkish-brown body hopping around the olive trees. However, over the next few days as I caught sight of some under the dabbled shade of the trees I noticed the flamboyant fan-shaped crest on the top of their head’s and ‘bingo’, realised they were Hoopoes.


These gorgeous looking birds are found in open cultivated and uncultivated areas in eastern and southern . They feed on the ground: probing and picking with their slim, slightly curved bill for insects and grubs. They often nest in trees or walls and have one brood each year in April-July, laying 5-8 eggs.


Oh, and apparently they only raise their fan-shaped crest when they are agitated or excited - so maybe, at the time, they were busy raising their young and sensed someone snooping around in the undergrowth! 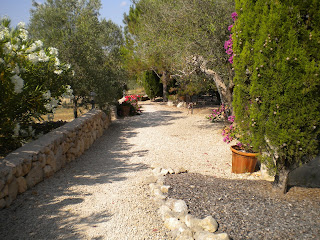 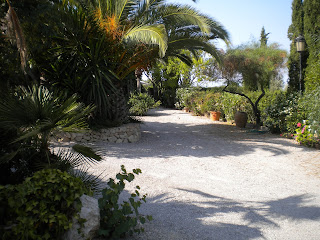 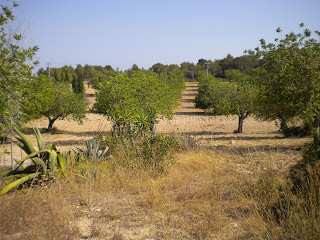 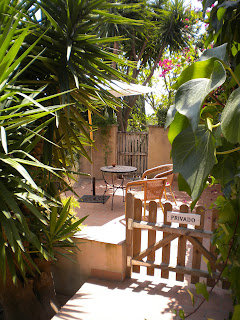 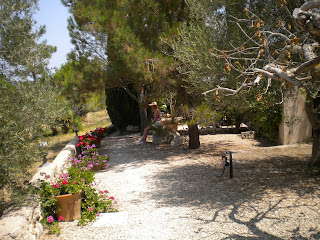 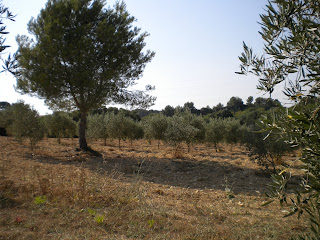